Home Shooting Cheap steel targets, are they worth it?
NextPrevious

We write a lot about our horses and the farm on this site, one thing we haven’t written a lot about is the fact that we love to go shooting as well. So after looking into getting some steel targets to practice shooting I thought it would be a great idea to share what I found with you.

As you can gather with the title this article is about finding cheap steel targets to shoot and if they are worth buying. While I advocate AR500 steel targets like this one or this one, I wanted to have something that I could shoot out of the box without spending an arm and a leg to do some shooting. As you are aware shooting as can be a bit of an expensive endeavor and so anywhere I can save a little bit of cash I like to do so. With that being said let me get to the two targets that I chose to purchase and test out so that you guys could see if they are worth getting. (spoiler they are) 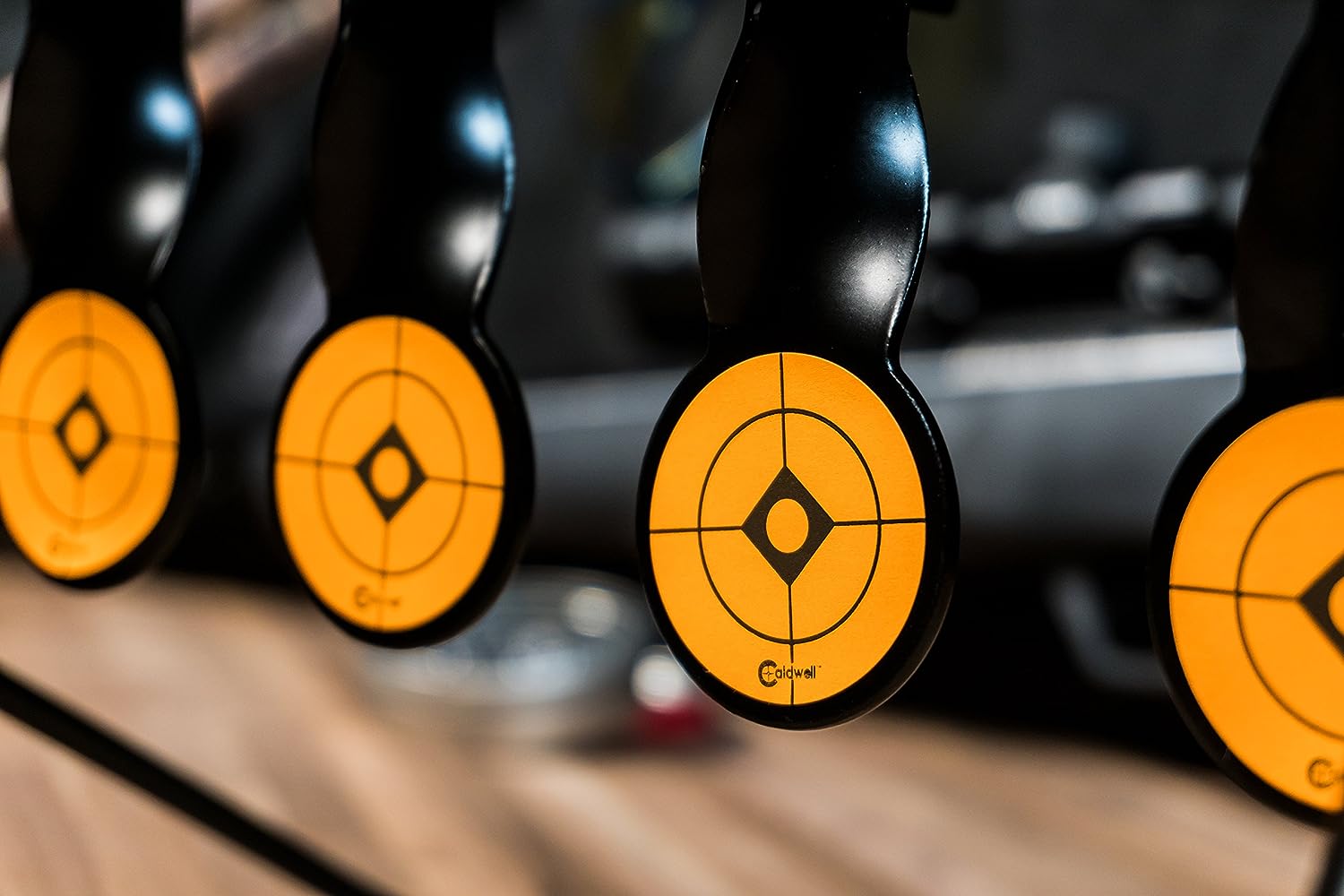 The first target I chose to test out is the Caldwell Resetting Target for .22 rimfire firearms. This looked like a fun target to play with because it has 4 hanging targets that when hit will flip up and be held out of shooting view and then you can use the 5th reset target that will allow the targets to drop down and become visible again. Some notes on this target that I found are these, one thing to note is that this is a light target, which is nice when transporting and putting in place. The con of it being lighter is that while shooting my 1000 rounds at this target I have had it fall over once. That could be because I didn’t set up as well as I could have. That brings me to my second note, which is how this target is designed, it is supposed to lean a little forward so that the reset target can catch the lower 4 targets, to lean it has two arms that reach off of the stand to help with the leaning, when I had an issue with the target falling over I set the arms perpendicular to the stand. What I found was that if I set the arms closer to a 45-degree angle to the stand it had a better stance and withstood shots better without moving and falling over. (shown below)

As you can see the targets are rather small, especially at a bit of a distance. The orange stickers helped with visibility until the first couple shots where they got blown off. This target is great for honing in your accuracy and I love the instant feedback of a hit. I did find that the Caldwell target did start to deform a little bit after being hit. (as seen below)

All things considered for the low price for this plinking target I think it is a super buy, the only thing I might have changed would be to spend a little bit more for this Birchwood Casey version because of the slightly better quality of the BC target that I got for my centerfire handguns. The one downside is the BW Casey version is a bit more expensive.

Which leads me to the next target to review.

Up to .44 Magnum Centerfire Target

Out of the two targets that I tested, this Birchwood Casey Spinner is the better of the two, some differences are that this is more stout (which is to be expected since it is for stronger ammunition) and that this needs to be pushed into the ground to stand. I wondered if it would be an issue and fall over but it held up better than the .22 rimfire target did.  I also found that the orange stickers seemed to have a better adhesive so that they didn’t get blown off as soon as you hit the target once. The target spins well and is weighted in a way that it will always reset to the beginning orientation.

Some of the cons for both targets are that they are small and hard to see, I’m considering spraying the targets with spray paint so that they are easier to see without needing replacement stickers. The other issue is that they are short, so unless you are shooting into a hill like I was you will be shooting at the ground. I didn’t have an issue with this at all because of my shooting location. The smallness of the target in my mind helps me with accuracy and so I didn’t find it so much of an issue, although others might.

As you can see, I had these set quite a ways out and still was able to put rounds on target. These targets are great fun and are standing up to shooting just fine. If you make sure not to go crazy and shoot these with the wrong caliber they will last for a long time.

What are your favorite targets to shoot?

Get a free nutrition schedule for your cows today!

(without having to pay or rely on a nutritionist)

This schedule is the same one that is being used to produce a $100k/yr. income!

As an Amazon Associate, DDH earns from qualifying purchases